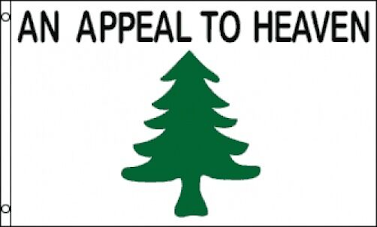 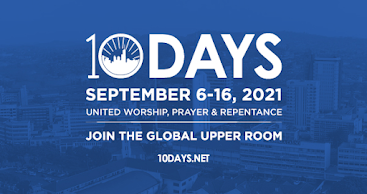 10Days.net
~ 10 Days is a tangible step of obedience toward the answer to Jesus’ prayer in John 17:21: “Let them be one as We [the Father and the Son] are one.”  This is about seeing Jesus receive the answer to His dying wish, for the John 17 unity of His followers.  “Jesus gets what He prays for!”
9:00-10:00 am Eastern
Monthly Focus: Interceding TOGETHER for Sanctity of LIFE, US Supreme Court, The Moral Outcry with:
CBN NEWS: Texas Fetal Heartbeat Law Takes Effect Sept 1
CBN News: End of Roe v Wade is Closer Than Ever

TheMoralOutcry.com
~ “Your covenant with death will be annulled; your agreement with the realm of the dead will not stand.” (Isaiah 28:18a)
11:00 am Eastern
Weekly Update
Billion Soul Harvest
TOGETHER by 2030 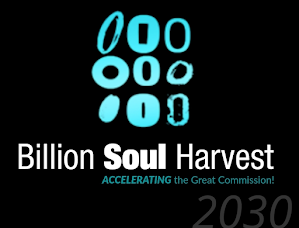 BillionSoulHarvest.net
~ Our mission is to accelerate Jesus’ Great Commission by being a catalyst for global cooperation of the Great Harvest among “all nations, tribes, peoples, and tongues” in anticipation of His Great Return.
You are more than welcome to connect and pray with us during any portion of PSN 9/4, and please consider sharing this invitation with fellow intercessors across America.
Together in Christ,
Dai Sup
“As the Father has loved me, so have I loved you.  Now remain in my love.”  Again Jesus said, “Peace be with you! As the Father has sent me, I am sending you.” ~ John 15:9 & 20:21
From John Robb, September 1, 2021

“Our prayers can go where we cannot. There are no borders, no prison walls, no doors that are closed to us when we pray.” -Brother Andrew

"In all their distress He too was distressed, and the angel of His presence saved them." Isaiah 63:9

Let's start with some positives-the huge amount of 24/7 prayer being mobilized worldwide like a blanket of God’s hand over the nation and the many organizations working together to help as many Afghans and expats as possible get out of the country quickly or to stay as safely as possible inside.

1.  Yesterday, August 31, was the deadline set by the Taliban for all evacuation efforts to be finished, but there are an estimated “100,000 in imminent danger” at the hands of the Taliban or other terrorist groups, including hundreds of Americans and other expats as well as tens of thousands of Afghans who served the last government or the US and NATO militaries. Pray for a canopy of God’s protection over all left behind. As Bro Andrew, the renowned "God's Smuggler" prayed, “Blind their eyes”—a very appropriate way to pray for various ground operations going on at this moment to get high risk Afghan ministry leaders and believers out of the country now that flights are no longer operating. Pray for Taliban checkpoint and border guards to be blinded and distracted and to just wave them all through. May the believers have perfect peace, trust and rest in His presence as their vehicles move across the country to hopeful safety. Pray also for great favor with officials of surrounding nations to let them through. Getting visas if necessary and finding safe refuge on other side of borders are also important concerns.

2. Effective, well-coordinated rescue efforts by several organizations.  Pray for unity and clear communications and that all these efforts can flow together in trust, patience, wisdom, and loving care, for one another as well as the many people they are trying to serve. May resources and contacts be shared discreetly, yet also unselfishly. Some have money and others helpful contacts  but no money. Millions of dollars are needed to finance expensive extractions and cross-border refugee care.

3. About 30-40% of Afghan believers (my estimate according to what I have heard) want to stay and continue to share Jesus with their people, possibly at the cost of their lives. Dozens have already paid this price in their witness for Christ. Pray for those remaining to be bold, courageous, and wise in their ministries, and also that they can find safe places to stay all across the country. More such secure places are needed now.

4.  This whole ill-advised, haphazard pullout of US and NATO forces has caused a “geopolitical catastrophe” as one knowledgeable commentator put it. China will now utilize its alliance with Pakistan and the Taliban, and possibly with Iran and Russia, for its "Belt and Road Initiative" to connect nations across Central Asia. One thinks of that passage in the book of Revelation describing enormous armies of many millions coming from the East to Armageddon. Could this be a preparatory move for such a development in the prophetic calendar for our world? Let’s pray for the expansionist efforts of China, Russia and Iran to be blocked and thwarted and that they will be stopped in confusion and disunity.

5. Pray that the Prince of Persia will be bound. Persia used to control Afghanistan when Daniel the prophet had his encounter with that demonic principality. For centuries death and destruction with awful bloodshed has stalked this land. The awful invasions of Alexander the Great, Genghis Khan, and many other rampaging armies have followed that same murderous tradition along with much ancient human sacrifice as part of Baal and sun god worship. Later on, the killing and counter-killing by Muslim tribes, the Russian invasion, and the NATO Allies' 20 year battle with Al Qaeda and the Taliban have further tortured this land, all defiling the ground with mass bloodshed. However, Jesus’ blood as the eternal King of the Universe shed for all humanity, including Afghanistan, is infinite and can cover and neutralize all of that if the Afghans will call out to Him. Let us as priestly intercessors also identify with and confess the sins of the land, asking that the blood of our almighty Lord be applied for the liberation of this long-suffering land and people.

Since the King of Universe has shared His authority with us as members of His Body and we are joined with Him as our Head organically through the Spirit. Let’s use that authority to “overcome all the power of the enemy” (Luke 10:18-20) so that the God of peace will soon crush Satan under our feet (Rom. 16:10). Pray that the Body of Christ in Afghanistan and worldwide will push back in the Spirit against the evil powers of death and destruction and that the Taliban, ISIS and Al Qaeda will be restrained from carrying out the bloodbath prompted by the demonic ideology of mass murderer Mohammad.

6. The Taliban and Muslims from that whole region are celebrating what they think is the defeat of the US and its allies. Pray for dreams, visions to grip them and for the Gospel to go to them, delivering from darkness to light as Saul became Paul in Acts 9.

7. For the USA whose government bears so much blame for this horrible fiasco--how we need new, strong and upright leadership in the executive and legislative branches, Department of Defense and Pentagon. Let’s ask the Lord to clean the house, removing all wicked, deceitful, self-serving politicians and bureaucrats, giving America a new beginning. May “wokeness”, Critical Race Theory and other manifestations of Marxism be rejected and overthrown throughout society and the government.

Derek Prince, that superb British Bible teacher so aptly emphasized how crucial our prayers are in such a situation:

The decisive factor in this great war with Satan is just one thing: praying believers…Our prayers are not unimportant; they are not secondary. They are the decisive issue in the entire spiritual conflict. The way we pray will decide the way the universe goes.”  -Derek Prince,  Secrets of a Prayer Warrior

Finally, let’s not be controlled by negative news reports but turn them into prayers of faith for the Lord’s intervention and transformation. His bottom-line is the salvation of all concerned.

Please pardon me for a longer update than usual. Thanks for your patience and especially for keeping Afghanistan, its people and all involved in this ongoing rescue operation in your prayers.